Touring with DJs might sound like a dream – and it’s true, I wouldn’t trade it for anything else in the world – but what most people don’t know is that it most often comes at least with a huge lack of sleep.

I remember a few years back when I was booked by nearly everyone on the mainstage of Nature One, a big electronic festival in germany. That night I worked with Tujamo, ZEDD, Moguai and some others that also played mainstage. Although I travel quite often with the artists themselves – be it on flights, shuttles or even private jets from time to time – that day I drove directly from home to the venue, which was a trip of around 5-6 hours I think.

Arriving on site without the artist you’re initially with is always a hassle. From being greeted and getting my own shuttle to the stage, from being sent away because someone didn’t believe me I was with the artist I was accounted for (even after showing my passport to make sure I’m legit) I have experienced nearly everything.

So when I arrived on site there was nearly no one who could tell me where to get my wristbands for stage access as well as there was no mobile connection on the festival site – understandable with more than 40.000 people around me. Whelp – So I took a walk with all my equipment. First around the parking lots where I arrived, afterwards through the camping area where I met people from all around europe – each with a different story to tell (I met those people while walking to the festival area, so each of them tells me his story in short on the way – may I’ll go into detail another day, who knows..). After about an hour I arrive at the guestlist-counter and finally got my band – so I was traveling for about 7 hours there already, but I made it in time; of course. From there we just went nuts – directly to the backstage area where I met “my” artists for the night, having a chat with everyone and then on to the stage for the first show.

Showtime. Beats blasting, people cheering, having a good time, dancing and laughing. And me? In the middle of everything. That’s what I always do – I roam from stage to backstage to midst of the crows, to the FOH (that’s where the light’s are controlled), all the way to the back to get a better view and then everything backwards until I’m on stage again. It’s exhausting but the only way for me to get all the shots I need from a concert. 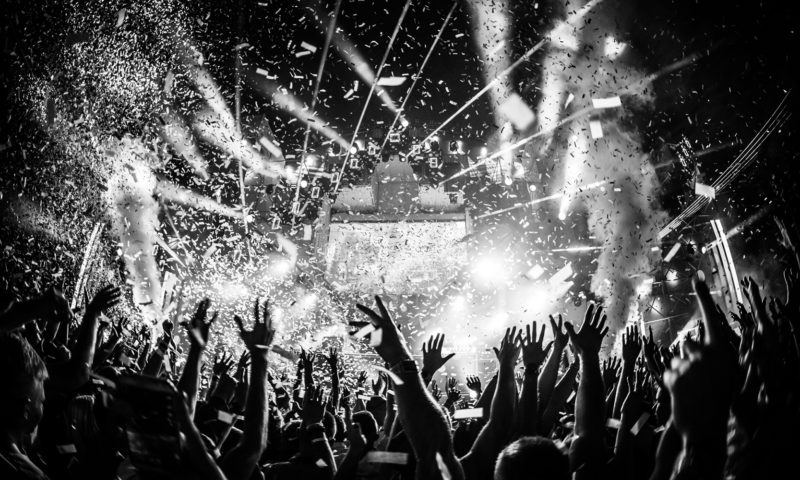 Initially I had three artists I was about to photograph that night – but as things always turn out different than they are planned to; every other act on the mainstage was someone I became friends with and/or worked with over the last couple of years – so I did spontaneously stay the whole time there.

So there we were – 7:00 in the morning – my artists all back in their hotel rooms – and me? Well, I’ve gotten the last shuttle to the next trainstation from where I took a train to the next airport – “why?” you ask? Well, because my flight was going off at 11:30 or something and I needed to get there. With my Laptop on my legs I arrived at the airport in time – just so that I had enough time to upload half of the pictures I took the night before and send them away to the artists so they could post them. Without hesitation I boarded the plane and had a layover in athens to mykonos on another plane which – to everyones surprise – of course we did not catch as we were delayed. So there we go, postproducing the last pictures from last night at the airport of Athens. Sure, why not – with a bag full of cameras and lenses, you cannot really sleep on a public airport, YAY! To that point I was awake for, I don’t know, 30 maybe 31 hours? When I landed in Mykonos and got picked up by the driver to the hotel, I finally checked in at 23:00 and had a quick nap for about an hour, until the artist also arrived (delayed as well, coming from the US) and we headed directly to the club where we did a hell of a show and rocked this venue. Just to recognize that it’s already 7 in the morning again and my flight back home is starting in 2,5 hours from now on. So with a hell of a lack of sleep I went back home where I, after being awake for a couple of days with 3-4 hours sleep all in all and after uploading the pictures for the artist I just fell  onto my bed and slept for 16 hours straight I think. That’s what a stressful timetable looks like – but I wouldn’t trade it for anything in the world.